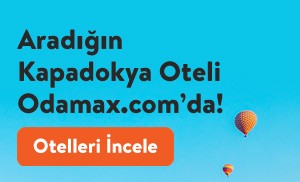 Paragliding start time varies but you can easily combine with other activites such as, Cappadocia Day Tours, Horseback or ATV riding tours , and for night Turkish Night.

The land of beautiful horses, Cappadocia has many historical and natural places creations. Fairy chimneys, underground cities and historical buildings you can find something to get impressed in every corner of Cappadocia. Cappadocia is a place that famous all around the world and it is protected by UNESCO and it has not only sightseeing places but also lots of fun activities. The most famous activity in Cappadocia is giant hot-air balloon tour at the sunrise that takes an hour and its feelings are very hard to explain. It is very exciting to watch from above the fairy chimneys, Ortahisar Castle and a big part of other important places of this fascinated region. Therefore, when tourism activities are increased in Cappadocia, more activities have developed that fits to nature of region. Some of these activities are jeep safari and horseback riding and they provide to discover Cappadocia in other ways. Comparing to these, paragliding in Cappadocia is the newer activity that starts in 2016 and it is very popular for local and international tourists.

While you leave from the legendary hills of Cappadocia to look at this magnificent place, it is not possible to compare the pleasure of paragliding and hot air balloons. After determining the infrastructure of Cappadocia is convenient enough for paragliding, this activity has been begun and has been popular as expected. The question is what does paraglide in Cappadocia offer you?

There are some companies offering paragliding in Cappadocia. You can make a reservation before going to Cappadocia by online or when you arrive to Cappadocia you can contact a company.

Details of Paragliding in Cappadocia

Surely the weather condition should be convenient for paragliding. Even if you have a reservation, paragliding activity may be cancelled by the weather condition like for Cappadocia hot air balloons. The decisive factor of convenience is the wind speed should be under 30 km. It means that you may not paraglide in the popular season in June or July, but you may paraglide in December smoothly.

There is no need for any other training for paragliding. The necessary information is given to you before paragliding and the activity is carried out with professional instructors.

You should not forget that you will be excited while you go up to the top of the hill as much as paragliding. You can arrive the top by car or by the crane system which provides going up to 850 meters just in 5 minutes.

Limitations of Paragliding in Cappadocia

People who are at risk of heart disease, asthma disease and pregnancy also weigh 100 kilos, or more cannot paraglide.

Tandem means flight for two people. Paragliding is operated by a professional instructor who accompany you. There is a system called scales and it connects you and the instructor. At the preparing for the flight, the instructor provides to be filled with air when the wind comes by lifting the wing. This moment means that there are seconds left to the flight, now you take steps as the instructor have told you and finally it is time to fly in the sky.

Paragliding in Cappadocia is one of the activities that you should certainly try in Cappadocia and is organized in all season. As we can mentioned before, the only important point is the wind speed does not exceed 30 km. If you prefer to be paragliding in the winter, you will see another Cappadocia that has more mysterious and fantastic view. However, if you prefer in the summer, you can flight above and see clearly the places that you will visit, or you had already visited.